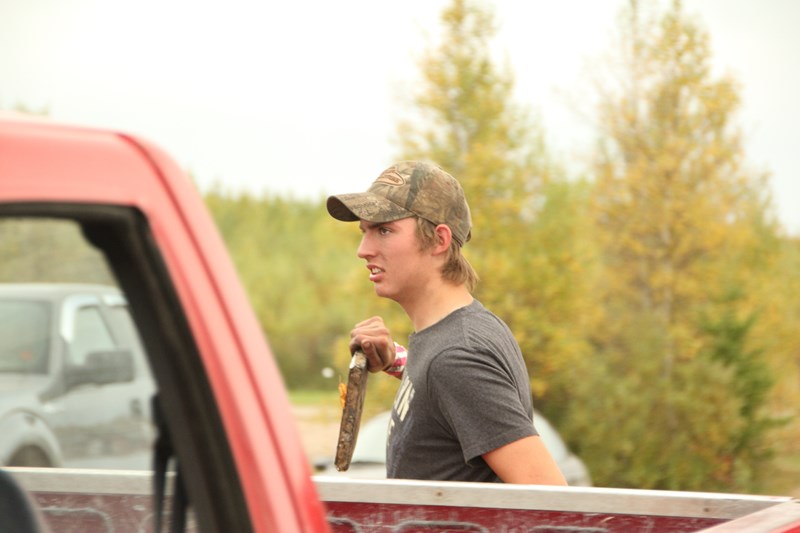 Big Poppas Motorsports (BPMS) Racing is pleased to announce it is joining forces for the 2015 season with SnowStorm Racing in fielding the #63 Taylor Built Rentals Street Stock on a full time basis at Oyster Bed Speedway. Up and coming talented driver , 18 year – old Brandon Snow will be behind the wheel after having raced the past two years in the Modified Division at the Speedway. In 2014 he won the award for the Most Improved Driver.

BPMS Owner Tom Nicholls noted, “We are very happy to have Brandon behind the wheel this year. He has a lot of laps under his belt in a faster class. He is young, eager to race and learn the street stock race car. I feel he will fit in nicely in the highly competitive street stock class and will be given all the tools he needs to be competitive”. He also noted “His father Kenny and I have been great friends for over 15 years and we both know what it takes to be competitive week in and week out, having that determination and desire to run strong consistently is what it takes. It made for an easy decision to join forces and to put Brandon in the car”.

Interestingly the 1988 Chev Monte Carlo he will be driving was the former street stock driven by his father Kenny, now owned by BPMS Racing. Kenny Snow commented “ Its’ kind of cool as this was my Rookie car in 2002”. Nicholls purchased the car in 2010 after running one heat race at the end of the season and raced full time in 2011 in the car. “Kenny and I are great buddies, it was hard for him to let it go at the time, I kept at him on it, laughed Nicholls. But its’ kinda neat to see it come full circle again with the next generation Driver in the Snow family, Brandon wheeling it this year. We are looking to have a fun year racing around at some other tracks as well”.

Nicholls plans to race closer to his home in PEI, “I have a lot of things on the go, I have been absent from our family business the past 3 years, so I am looking forward to be back Managing it. As well, I have the Nationals and Worlds upcoming in Powerlifting. It is my retirement year from the sport after 26 years of competing and I will be leaving on my own terms which is important to me, thus the comeback to powerlifting after the accident. With teaming up with the Snow family, it will allow me to free up time for these things, I won’t feel like I have to be at the track every race date”.

The team will also run in off- Island races at Petty International Speedway outside of Moncton, NB on non-conflicting dates. In addition, they will run some big lap races at other tracks if their schedules permit.

BPMS will field a second street stock car “in mid-season” according to Nicholls.

TCM Note – the team will not field a Pro Stock in 2015, after putting an entry in a number of races throughout the past season with Greg Fahey, Chris Hughes and Kent Vincent as the driver. Nicholls tells TCM the BPMS team will have involvement in Kent Vincent’s effort on his Kent Vincent Racing #8 car and is excited for the upcoming season with Vincent.