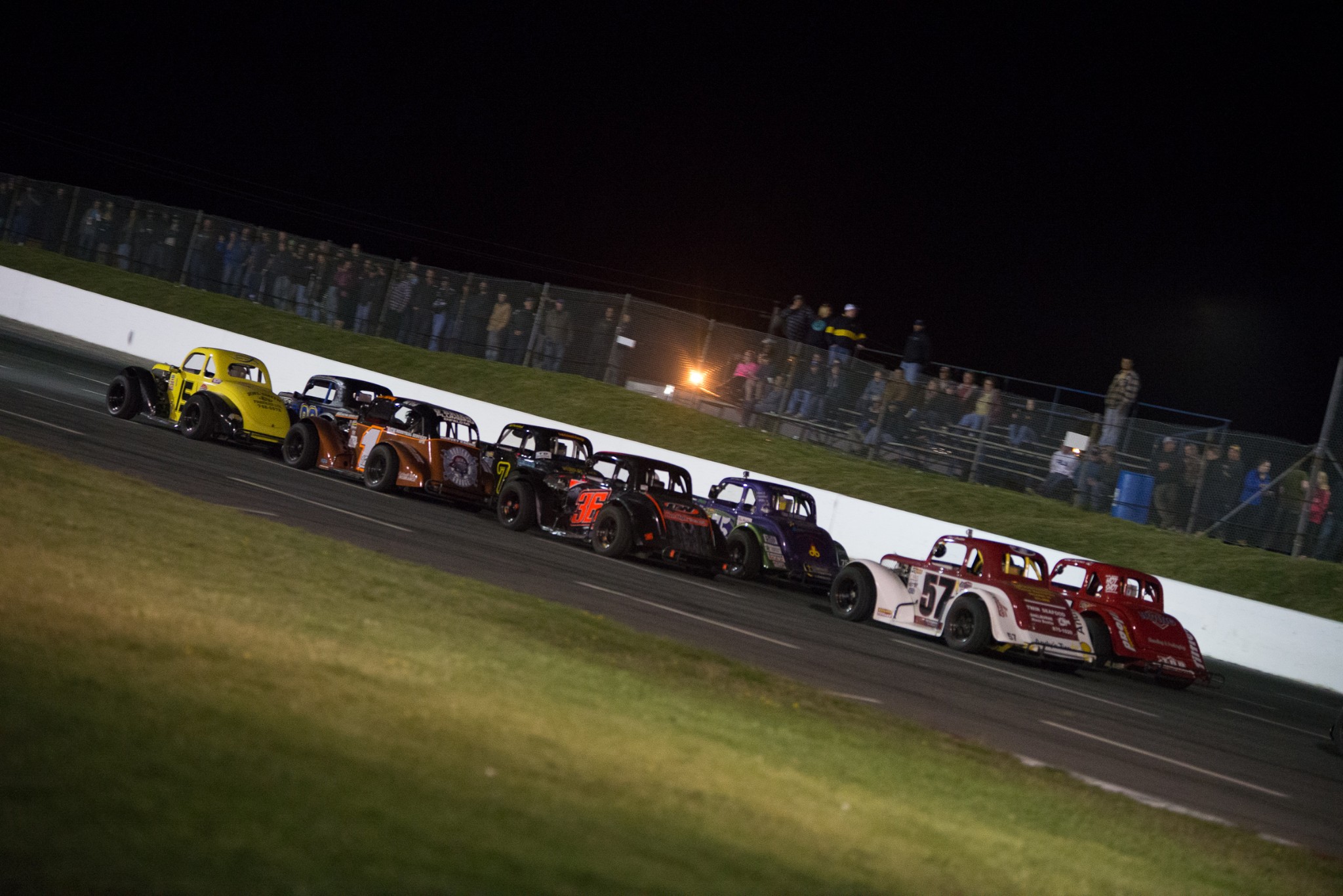 (Halifax, NS – January 30th, 2015) – Scotia Speedworld is pleased to present their 2015 schedule. The schedule boasts 21 stock car racing events from May to September in Scotia Speedworld’s 28th season. The 3/10-mile paved oval, located off Exit 6 on Highway 102, is the only venue in Nova Scotia to host a weekly racing series program.

Each Weekly Racing Series division has 14 scheduled events, which include a select number of extended lap features throughout the summer.

The 2015 schedule also includes four Parts for Trucks Pro Stock Tour appearances. The elite late model touring series kicks off their season at Scotia Speedworld on May 23rd at 4:00pm. The second event is slated for 150 laps on June 20th. The 16th annual Atlantic Cat 250 will take place on August 8th with the 200 lap season finale set for September 19th.

The Sportsman division will see three 50-lap events in 2015. Friday, June 19that the 21st Annual Shriner’s Classic. Friday, July 24th is another 50 lapper as is the division finale on Saturday, September 19th. Keeping with tradition, the 100-lap feature for the class will be held on Friday, August 7th as part of Atlantic Cat 250 weekend.

The Truck class will have the spotlight on Friday, August 21st during a 35-lap main event. They will also be part of the undercard for the 150-lap Parts for Trucks Pro Stock Tour event on Saturday, June 20th. Dan Smith of Lower Sackville will look to make history in 2015, with his fourth consecutive track championship in the class.

Thunder and Lightning classes return for Twin 50 nights on Friday, July 17th and Friday, August 14th. They will also be part of the undercard for the 150-lap Parts for Trucks Pro Stock Tour feature on Saturday, June 20th for the second consecutive season after a stellar performance in 2014.

The growing Bandolero class will see extended features as the undercard for Twin 50s Nights on Friday, July 17th and Friday, August 14th, along with Friday, June 19th. The aforementioned trio of races will be 25 lap features, while the undercard to the Atlantic Cat 250 on Saturday, August 8th will be a 20-lap feature.

The Maple Leaf Monster Jam Tour will take place on Saturday, May 30th and Sunday, May 31st. While your favorite Monster Jam® Trucks take over Scotia Speedworld with their high octane brand of motorsports entertainment, the Weekly Racing Series will be idle. Tickets for the Monster Jam® event are now on sale at www.ticketatlantic.com

Fans and teams, note that our season finale weekend has been adjusted by one week as compared to previous years. Season Finale Weekend will take place on Friday, September 18th and Saturday, September 19th.

The date for the annual Test n Tune event will be announced at a later time.

The 2015 schedule is subject to change without notice. For complete information on Scotia Speedworld and the 2015 season, please visit www.scotiaspeedworld.ca