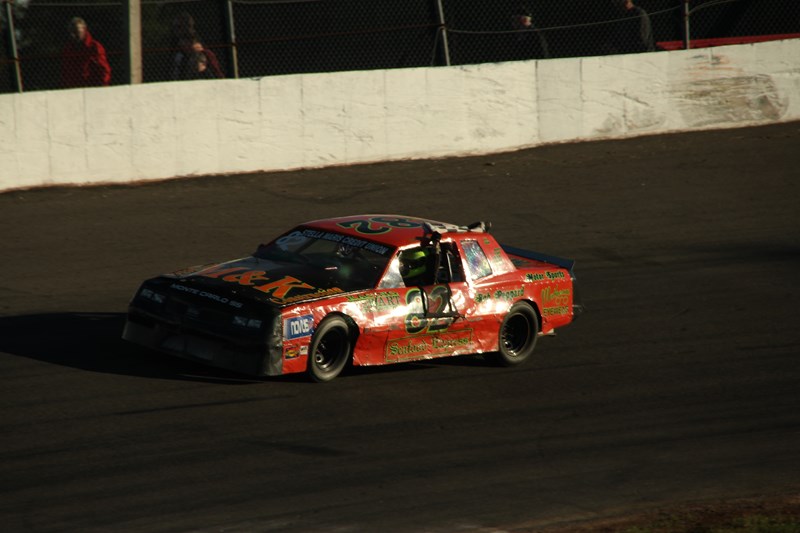 How do you move up in your class for the upcoming season?

Buying the champion’s car sounds like a good place to start. At least, Jeff MacInnis is hoping that holds true for 2015.

MacInnis has announced he has purchased the car Mark MacLean drove in the 2014 season. The #82 car is the one that not only won the Provincial Credit Union – Stella Maris Branch Street Stock championship at Oyster Bed Speedway, but took home the David Lambe Memorial Street Stock 60 and was a top five car during the Mike Stevens Memorial at Petty Raceway before a late restart shuffled it to sixth.

When the team caught wind that MacLean’s championship operation was building a new car to defend his title in 2015, MacInnis jumped on the chance to slide in the window of the car that won it all this past Summer.

“Want to win a championship, buy the championship car from our track. Makes sense, right?” said MacInnis on his newest purchase.

To make room in his Summerside shop, MacInnis has put his 2014 car up for sale. MacInnis made a return to the track in 2013 after a brief hiatus. The former Hobby Stock driver finished fifth in the ultra competitive Street Stock class in 2014, both in the Clean It All Super Series and the overall standings. He also collected the Rookie of the Year Award in the Street Stock class.

He has also been working with Mike Duskey over the last race season. Duskey, of Albany, PE, is a full time competitor at Petty Raceway in River Glade, New Brunswick, winning the Mike Stevens Memorial in September and finishing tied for second in the standings.

The Oyster Bed Speedway schedule typically begins on the Monday of the Victoria Day long weekend in May.