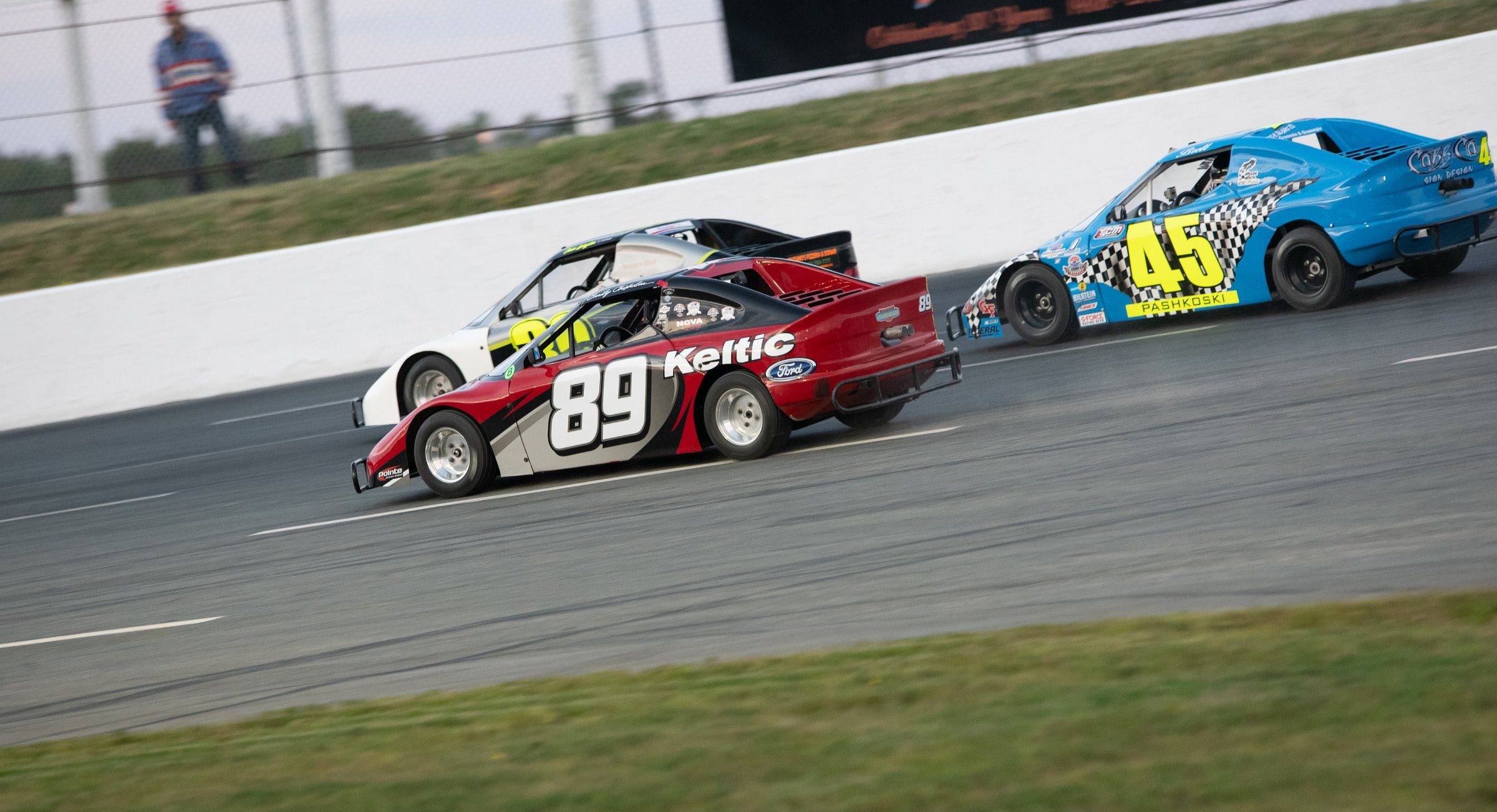 The Dulux Paints Bayers Lake Breakout Performer of the Year Award featured some of the region’s rising talents battling it out for their first TCM Best of Racing Award. In the end, it was a battle of familiar names near the top of both the panel vote and the fan vote for the 2019 edition of the award.

Each of the five TCM panelists, who have been to the race tracks, seen the racers and have read/heard plenty about the nominees, were presented with a list of 20+ nominees for each category along a brief list of each of their accomplishments. They were asked to rank their favorite five which, in turn, narrowed the field down to the traditional final ten. Their top picks each received five points, second pick received four points, third received three, fourth got two points and their last pick got one point.

The fan vote winner will be awarded ten points, second on the fan vote will receive eight points, third will get six and so on with sixth place on back receiving zero from the fan vote.

In previous seasons, the fan vote comprised 25% of the vote with the three panelists each being responsible for 25%. It breaks down to about the same percentage under the new trial format, with the fans having a 30% weight on their vote compared to the panel’s 70%. A perfect score is now 35 points (five from each panelist plus ten from the fans).

Ties are broken by the amount of ballots a driver appears on, followed by the amount of top votes they received. Should drivers still be tied following that, the combined panel score will determine a winner.

#4 Andrew Thompson – In an ultra competitive Street Stock division at Oyster Bed Speedway, Andrew Thompson rose to the occasion against the names that have dominated the division  in the latter half of this decade. Thompson finished second in the season long points on the strength of five podium finishes and a feature victory.

#18 Taylor McLean – Joining the likes of Darren Flemming and Jesse Deveau, Taylor McLean is the most recent driver to break through to victory lane at Scotia Speedworld in the Thunder division. The 2018 East Coast Mini Stock Tour Rookie of the Year scored his first feature win in Halifax and followed it up quickly with two more, finishing third in the track championship.

#19 Brandon Carter – A strong end to the 2019 season helped Carter earn a Dulux Paints Breakout Performer nomination. Carter was on the podium at The Very Best Fall Shootout 100 at Speedway Miramichi in October, a track he had earned a victory at earlier in the year. He followed it up the next day by winning the Atlantic Championships for Street Stocks at the Shediac CENTRE For Speed. Carter finished third in the Petty Raceway Street Stock points.

#95 Jeff Richard – Jeff Richard had been consistent in an Oyster Bed Speedway Four Fun division that is littered with talent. A win late in the season, combined with a sixth place point finish at the track earned him enough eyes with the panel to earn himself a final ballot appearance in the category in 2019.

You could tell the wick was turned up under Neal Crawford in 2019. After coming close to his first win in the 2019 season opener, he would go on to score a breakthrough Late Model Sportsman win at Petty Raceway later in the year. His three podium finishes helped him finish in a tie for third overall in points at the track. In turn, Crawford solidified himself into a contender in a Late Model every time out at his home track in 2019.

Not to mention, he hopped behind the wheel of a Street Stock in August during the Petty Raceway Summer Shootout and drove the No. 68 car for Michael Cormier to a pair of podium finishes!

Chris Wilson had a busy schedule once again in 2019. Wilson competed on the Atlantic Modified Tour while also racing his Street Stock. He saw success in both over the past racing season, winning the Speedway Miramichi Street Stock track championship but one of his biggest accomplishments came in August when he drove his No. 2W Modified to a feature victory at Petty International Raceway. Wilson is becoming a household name coming from the North Shore and the 2019 season has gone a long way to keeping his name in the spotlight!

His successes earned him points on four of the five panel ballots. The fans were also vocal too as he finished third with the readers of TimsCorner.ca.

Chase MacKay ended 2018 with a Beginner Bandolero win at Petty International Raceway during the Mike Stevens Memorial weekend. MacKay did not miss a beat in 2019 as he moved up to the Bandit ranks across the region.

MacKay’s breakout season included two victories at Petty International Raceway, two podiums at the Shediac CENTRE For Speed on Atlantic Championships weekend and a huge win and event victory at the Tim’s Corner Motorsports Bandolero Blast at Speedway 660. All those accomplishments in the Province of New Brunswick against a mix of Bandit and Outlaw competitors was accompanied by a strong showing at his home track of Scotia Speedworld. In Halifax, MacKay captured three of the last four feature wins in the Bandit division, vaulting him to second in points, just ten markers shy of a championship.

MacKay’s season caught the attention of two of our panelists as they scored MacKay as the top driver on their Dulux Paints Bayers Lake Breakout Performer of the Year Award ballot. MacKay was one of only two drivers to score first place scores on their ballot and one of only three to score points from all five panelists and the fans. 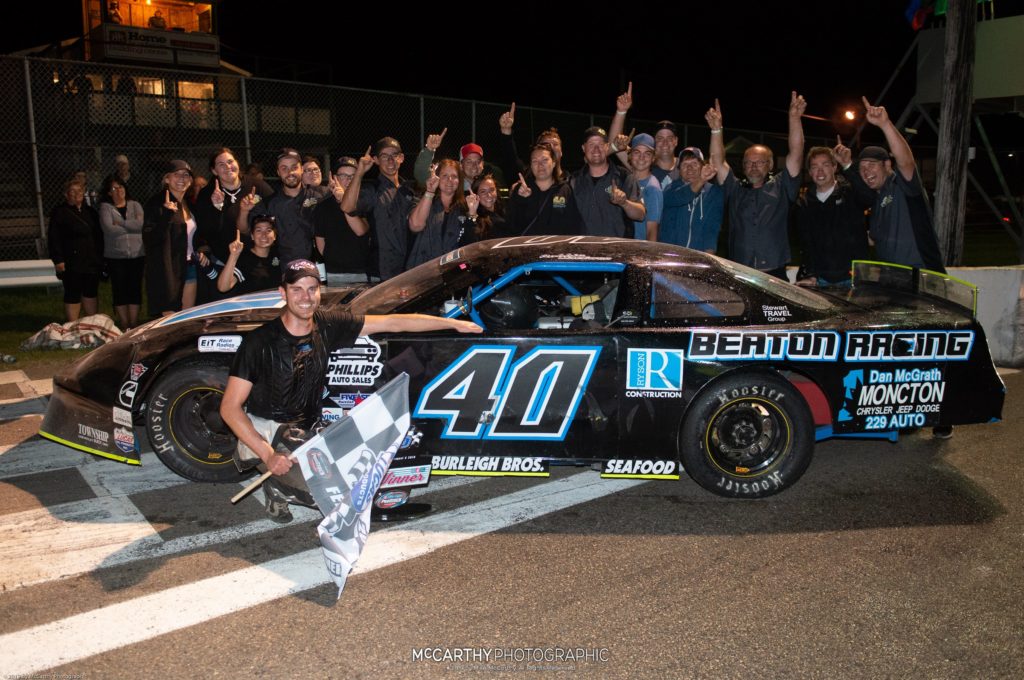 The biggest single race breakout story of the 2019 season has to be the Parts for Trucks Pro Stock Tour victory by Robbie MacEwen at Oyster Bed Speedway.

Not only did MacEwen win his first Tour event, he did it in front of his hometown crowd on Prince Edward Island. MacEwen has been close before on the Tour, including a podium finish at the IWK 250 in a wild 2015 edition. The Lucas Oil 150 win in August came with the No. 40 pacing the field for over 100 of the 150 laps and saw Dylan Gosbee pressuring him for most of the race, a battle that has played out before on the weekly show at Oyster Bed. In eight races this season on the Tour, MacEwen scored three top fives and five top tens – one of his personal best stat lines on the Tour in recent seasons.

MacEwen’s scorecard was consistent when it came to the Dulux Paints Bayers Lake Breakout Performer of the Year Award, scoring three second place rankings from our panelists and finishing second in the Fan Vote.

For the second straight year, an Emily that races out of Scotia Speedworld is the Dulux Paints Bayers Lake Breakout Performer of the Year!

Emily Chisholm added to her family’s legacy by winning her first feature event and first championship in 2019. Chisholm scored five feature wins in the Hydraulics Plus Beginner Bandolero championship in her second full time season behind the wheel of the No. 89 Nova Construction Bandolero. At the end of the season, she ventured to Sydney Speedway to get some laps under her belt.

Chisholm’s double digit trophy total and five wins led the family in both stats lines for 2019, something she has over her Father, 2015 Parts for Trucks Pro Stock Tour champion Donald Chisholm and will lightheartedly bring that up when asked. The elder Chisholm was nominated for the Dulux Paints Breakout Performer of the Year Award in 2015 but finished second in a tiebreaker to eventual winner Ashton Tucker.

The scorecard for Emily Chisholm was near perfect. Chisholm took home the Fan Vote for the Award, finishing nearly 50 votes ahead of Robbie MacEwen and taking 20% of the total vote. Of the five panelists, three of them gave Chisholm a first place vote with second and third place marks from the remaining two. In all, she scored 32 of a possible 35 points.

Emily Chisholm is the third Bandolero driver to win the award after Tucker (2015) and Sara Thorne (2017) won it for their accomplishments in Bandolero competition and is the third driver from Nova Scotia (Emily Meehan in 2018, Dylan Blenkhorn in 2014) to take home the award.

More in TCM Best of Awards