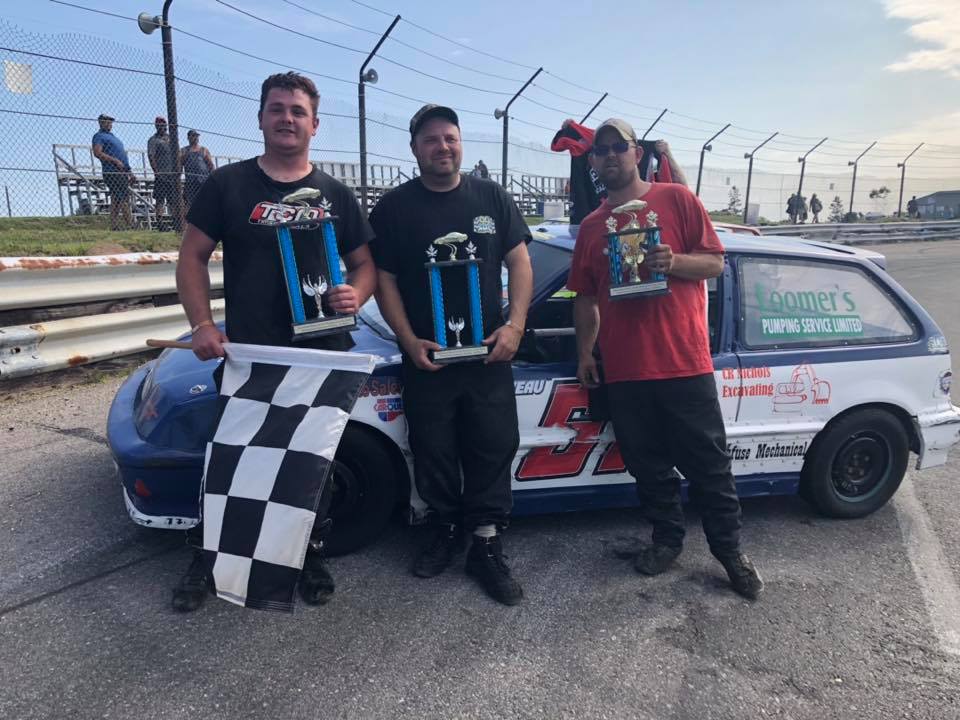 Jesse Deveau scored his second career Passione Flooring & Interiors East Coast Mini Stock Tour win on Sunday when he drove away from the field in the Bruce Honda Showdown on the Shore presented by Endurance Roofing at Lake Doucette Motor Speedway. Deveau took the Giles Auto World Pole Challenge after winning his heat, dropped to the rear and was ahead shortly after the first restart of the race on Lap Nine. Deveau never looked back, even after a competition yellow on Lap 50, en route to the win.

The Passione Flooring & Interiors East Coast Mini Stock Tour heads back to Scotia Speedworld on Saturday for a 50-lap feature on the undercard of the Toromont Cat 250. Race time is 5pm.