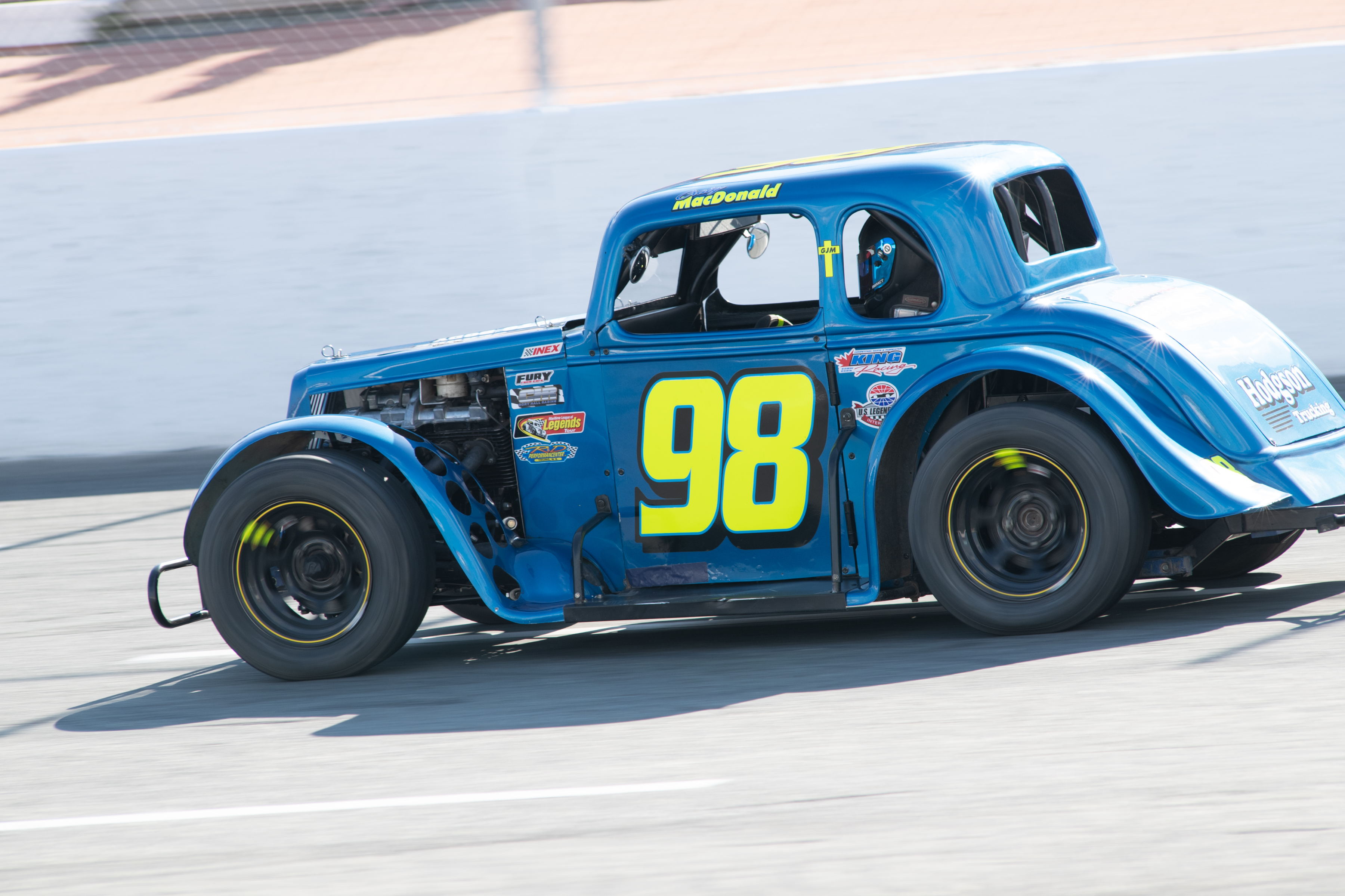 (BEDFORD, NS – May 29th, 2019) – The Maritime League of Legends Tour will begin their ten race tour around the East Coast of Canada this Saturday with a stop at Scotia Speedworld. The track, located just outside of Halifax, Nova Scotia and adjacent to the Halifax Robert L. Stanfield International Airport, will be the stage for 50-laps of competition for the fastest Legend car competitors in Atlantic Canada. The race is a part of the Cummins 150 festivities headlined by the Parts for Trucks Pro Stock Tour. Post time for the Saturday, June 1st racing event is 4pm.

Shelby Baker (Fall River, NS) is returning with hopes of defending his Maritime League of Legends Tour championship in 2019. That title defense will begin on Saturday at his home race track. Consistency won Baker the title one year ago. While Baker did not have a feature victory on the Series, he held three top four finishes at Scotia Speedworld. Baker and the No. 53 Coastal Restoration Ford bested the Farrell’s Racing team, anchored by Lower Onslow, Nova Scotia’s Sam Rogers, by 21 points in 2018.

To win at Scotia Speedworld, one must be able to defeat Craig MacDonald (Waverley, NS). Apart of MacDonald’s five race wins in 2018 were a clean sweep of the three Scotia Speedworld events. The win total is something he and the No. 98 Overall Collison team will look to add to in 2019, beginning with this weekend.

“I’m really looking forward to getting back behind the wheel at my home track,” said MacDonald of this Saturday’s 50-lap feature. “I’m a bit nervous based on our success last year but our team is hoping to top it. I’d like to get the wins at Riverside International Speedway and Speedway 660 that we are missing. We have a freshly rebuilt car and I’m going into the season with the mentality of consistency and hoping the wins follow.”

One of the biggest stories heading into the 2019 season is the debut of the Yamaha FZ09 motor package on the Maritime League of Legends Tour. The new motor package did not make it up to the Maritimes prior to the completion of the 2018 season and four drivers got the chance to race the motor package on May 19th during the Scotia Speedworld Weekly Racing Series opener. Cory Hall (Jolicure, NB) won the only Legend division race contested in the Maritimes so far in 2019 with the FZ09 motor. Paul Goulden (Shelburne, NS), Emily Meehan (Rawdon, NS) and Braden Langille (Shubenacadie, NS) all ran the motor package in the event and have all pre-registered for the upcoming Maritime League of Legends Tour season.

Several Rookie of the Year contenders have registered to compete with the Maritime League of Legends Tour. Matthew Rushton (Dartmouth, NS) moves up from the Bandolero ranks to pilot the No. 2 Overall Experience car and will compete against fellow Bandolero graduate Devin Wadden (Hammonds Plains, NS) and his father Brad Wadden (Hammonds Plains, NS) for the honor this season. Tanner Spinney (Greenwood, NS) transitions from dirt to pavement in 2019 after winning the Valley Raceway Four Cylinder championship in Melvern Square, Nova Scotia one year ago. Devin Gallant (Rustico, PE) also makes the move full time to Legend competition after winning the Oyster Bed Speedway Outlaw championship in 2018. Kyle McEachern (Winsloe, PE) is also registered to compete with the Maritime League of Legends Tour in 2019 and would qualify for Rookie of the Year status.

Michael Neary (Portugal Cove, NL) will be making his second career Maritime League of Legends Tour start on Saturday and first at Scotia Speedworld. Neary is the reigning Eastbound Park Legend track champion and started off 2019 with a win at his home track on May 20th. Neary finished 12th in his only start with the Series at the Celtic Air Services 50 at Riverside International Speedway last July.

Returning to the Series is Fleet Brake Atlantic as a contingency sponsor. In 2019, Fleet Brake Atlantic will present the Class Bonus Awards. The top finishing driver in each INEX classification (Young Lion, Semi Pro, Pro, Master) in every Maritime League of Legends Tour main event will receive a $25 cash bonus. A year end award will be offered to the top driver in each class that competes in a minimum of seven events over the 2019 season.

The Series would also like to welcome Robert White as the new Race Director. White has decades of experience as a race official, most recently serving as the Race Director for the Parts for Trucks Pro Stock Tour over the past three seasons.

The Maritime League of Legends 50 is the first of three stops by the series at Scotia Speedworld in 2019 and is a part of the track’s Cummins 150 weekend. Included on the Saturday, June 1st card is also the second round for the Maritime Pro Stock Tour as they contest a 150-lap feature. Pit gates for Legend competitors open at 12pm and grandstand gates for fans open at 1pm. Racing action gets under way with qualifying races for both feature events at 4pm. Tickets are available at the gate on race day. For complete venue information, including a detailed race day schedule, admission prices and much more, visit ScotiaSpeedworld.ca.