Best of the Best Pro Stock 100 Saturday at Speedway 660 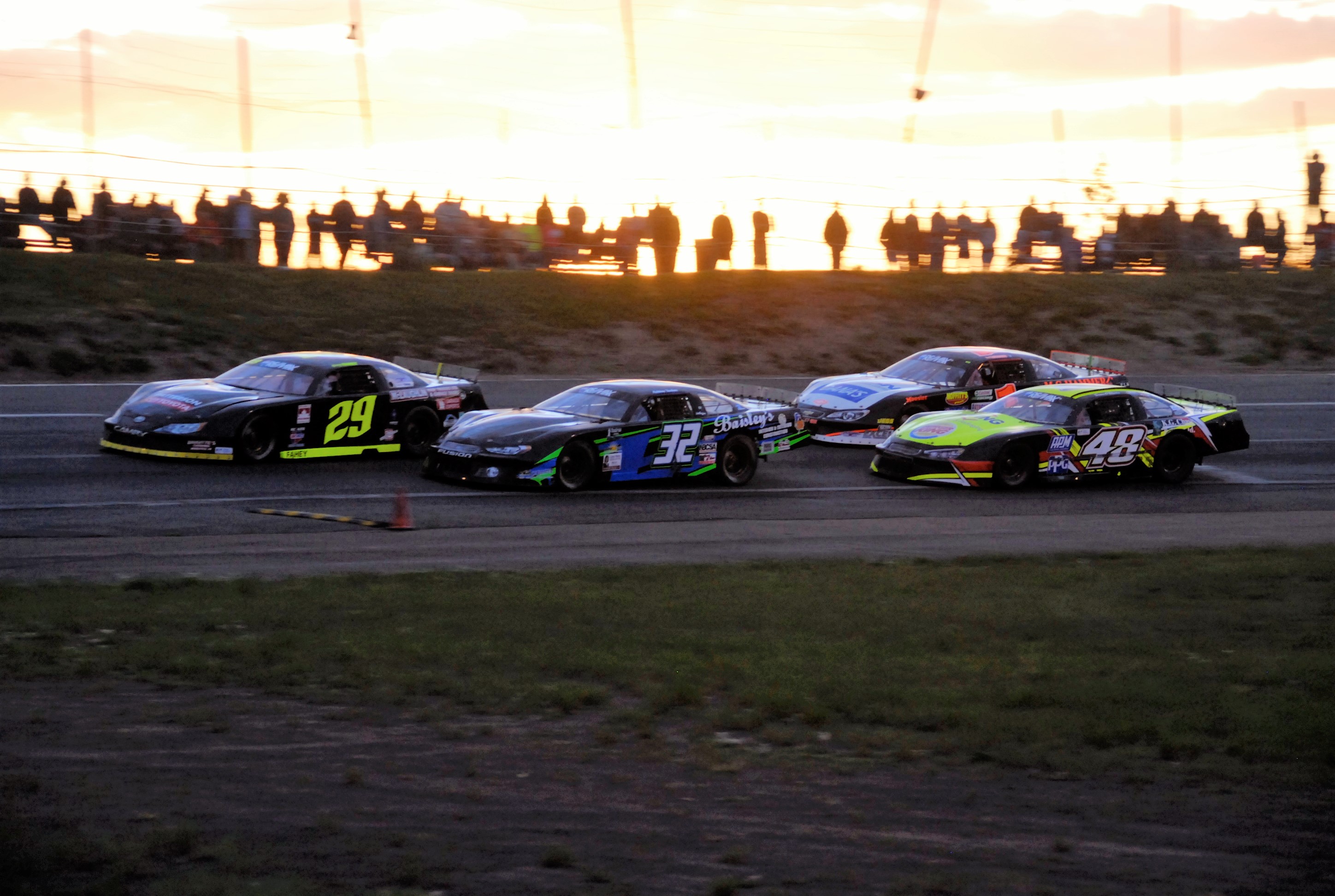 (GEARY, NB – July 4th, 2018) – July is the month that the “Best of the Best” will race at Speedway 660. Saturday, July 7th will see the first of two “Best of the Best” Pro Stock 100 features on the month. The cars and stars of the RE/MAX East Coast Elite Realty Pro Stock division will race in their first extended distance feature of the season while the Martin’s Home Heating Sportsman, DMR Auto Sales Street Stock and Fredericton Gun Shop Sharp Shooters will contest point paying features. Racing begins at 6:30pm on Saturday.

While extended laps are on the table for the Best of the Best 100, there are SpeedWeekend implications hanging in the balance as well. The top two drivers in Saturday’s 100-lap Pro Stock feature will receive provisional starting positions in the McLaughlin Roof Trusses 250 on Sunday, September 2nd. The event is sure to draw a number of part time competitors to the Geary woods to compete for the glory of winning a Best of the Best feature.

With no championship points on the line in the Best of the Best 100, the gloves are sure to be off for the weekly competitors with victory lane as the ultimate goal. Dave O’Blenis (Boundary Creek) has been the top Pro Stock racer at the track this season with three feature wins in six events. Ryan Messer (Harvey), Greg Fahey (St. Stephen) and Ashton Tucker (Lyttleton) have each won one 50-lap feature in 2018 while Brent Roy (Hanwell) sits in the top five in the standings without a feature win this year.

Last Saturday’s card of racing shook the foundation of the championship point standings in three of the Speedway 660 divisions. In fact, two feature winners were able to vault to the top of their respective classes as they stood in victory lane on June 30th.

Riley Goodwin (MacAdam) not only won his first DMR Auto Street Stock feature of 2018 last Saturday, he also leapfrogged to the point lead. Goodwin has a 12-point lead on both Justin Cole (Harvey) and Roger Slocum (Chipman). One point back from the pair tied for second in the standings is Shawn Hyslop (St. Stephen). “The Villain” Rick Cashol (Saint John), who scored his first podium finish of the season on June 30th, sits fifth in the standings after six races.

Brody Levesque’s third win of the Fredericton Gun Shop Sharp Shooters season pushed the Fredericton driver to the point lead after six races. Sophomore driver Scott Kennie (Fredericton) fell to second, just five points out of Levesque and only a single point ahead of Bryan Suttie (Keswick). Randy Titus (French Lake) continues to hold fourth overall and top spot in the Rookie of the Year standings with a healthy 37 point margin over Randy Storey.

Drew Greenlaw (Eastport, ME) edged ahead of Curtis Collins (Saint John) in the Martin’s Home Heating Sportsman standings as the division heads into the month of July. The gap between the top two is a slim three points. Alexandra O’Blenis (Boundary Creek) is the only two time winner in the class in 2018 after being victorious last Saturday and sits 16 points out of the championship lead. Jacob Logan (Harvey) and Courtney O’Blenis (Boundary Creek) find themselves tied for fourth in the standings after six weeks.

Returning for 2018, children aged 15 and under will be admitted to the grandstands for free to every stock car event at Speedway 660. The admission structure makes it easier for families to attend race events at the track and received positive feedback from fans when implemented mid-season in 2017.

Adult grandstand admission price for Saturday evening’s Best of the Best Pro Stock 100 is $20 (aged 16 and up). Pit admission is $25 and is restricted to those 16 years of age and older. Tickets are available at the gate on race day. Pit gates for competitors will open at 1pm, grandstand gates open for spectators at 5pm with racing getting underway at 6:30pm. A complete race day format will be available via Speedway660.com later in the week.

Should inclement weather interfere with Saturday’s Best of the Best Pro Stock 100, the rain date for this event is Sunday, July 8th.

A reminder to race fans and teams that Speedway 660 will take Saturday, July 14th off as the IWK 250 takes place at Riverside International Speedway. Racing will return to the Geary woods on Saturday, July 21st as DMR Auto presents the Ricky Bobby Street Stock 100. The race is run to salute longtime Speedway family member Rick Arbeau, who is currently battling cancer. A $5,000 total purse will be on the line with approximately 20 teams from across the region expected to converge to battle for the big win. More information will be provided to teams and fans as it becomes available.

About Speedway 660:
Speedway 660 is one of Canada’s premier stock car racing facilities. Located in New Brunswick’s Fredericton region, it attracts race teams and fans from the Maritimes, New England and Quebec. The Speedway 660 racing season runs from mid May until Labour Day Weekend. SpeedWeekend, one of the most prestigious short track events in eastern North America, wraps up Speedway 660’s racing season.