Conti Cashes In at Phoenix (NiSWC) 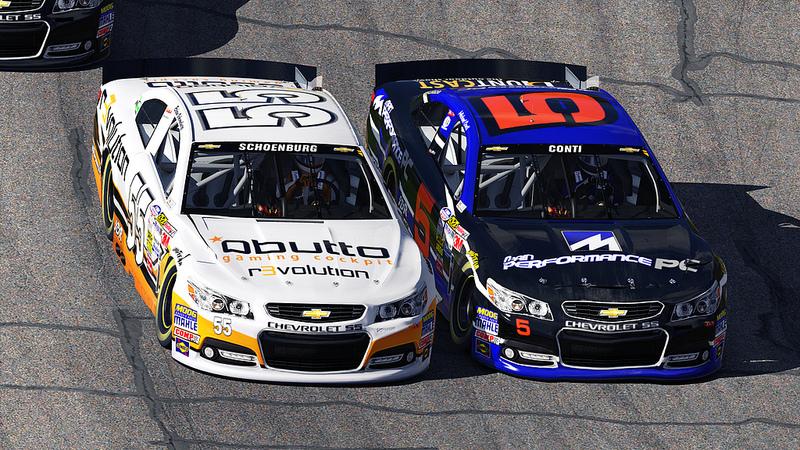 New Jersey driver Mike Conti outlasted many tight battles and anxious restarts in Round Three of the NASCAR iRacing.com Series World Championship (NiSWC) to take his first win of the season at Phoenix. The 2012 series runner-up missed the field at Daytona and the Phoenix triumph is the second of his career after taking the win at New Hampshire in 2012.

Jake Stergios continues his impressive run from Pro with a second place run at Phoenix, with JScho Motorsports teammate Brian Schoenburg capturing third behind Conti. Fourth on the night was Las Vegas winner Marcus Lindsey, while Paul Kusheba took his first career top five finish after a battle in the closing two laps with Josh Laughton, who took the Tim’s Corner Challenge bonus with his sixth place finish.

Recovering from a late crash, Tyler Hudson finished eleventh and played damage control on his point lead. He now leads by nine points over pleasant surprise in the series after three races in Peter Bennett.

The series heads to the Texas Motor Speedway for Round Four on April 16th.

The race can be seen on the Motor Racing Network beginning at 9pm Eastern. The overall series champion is awarded $10,000 from NASCAR.