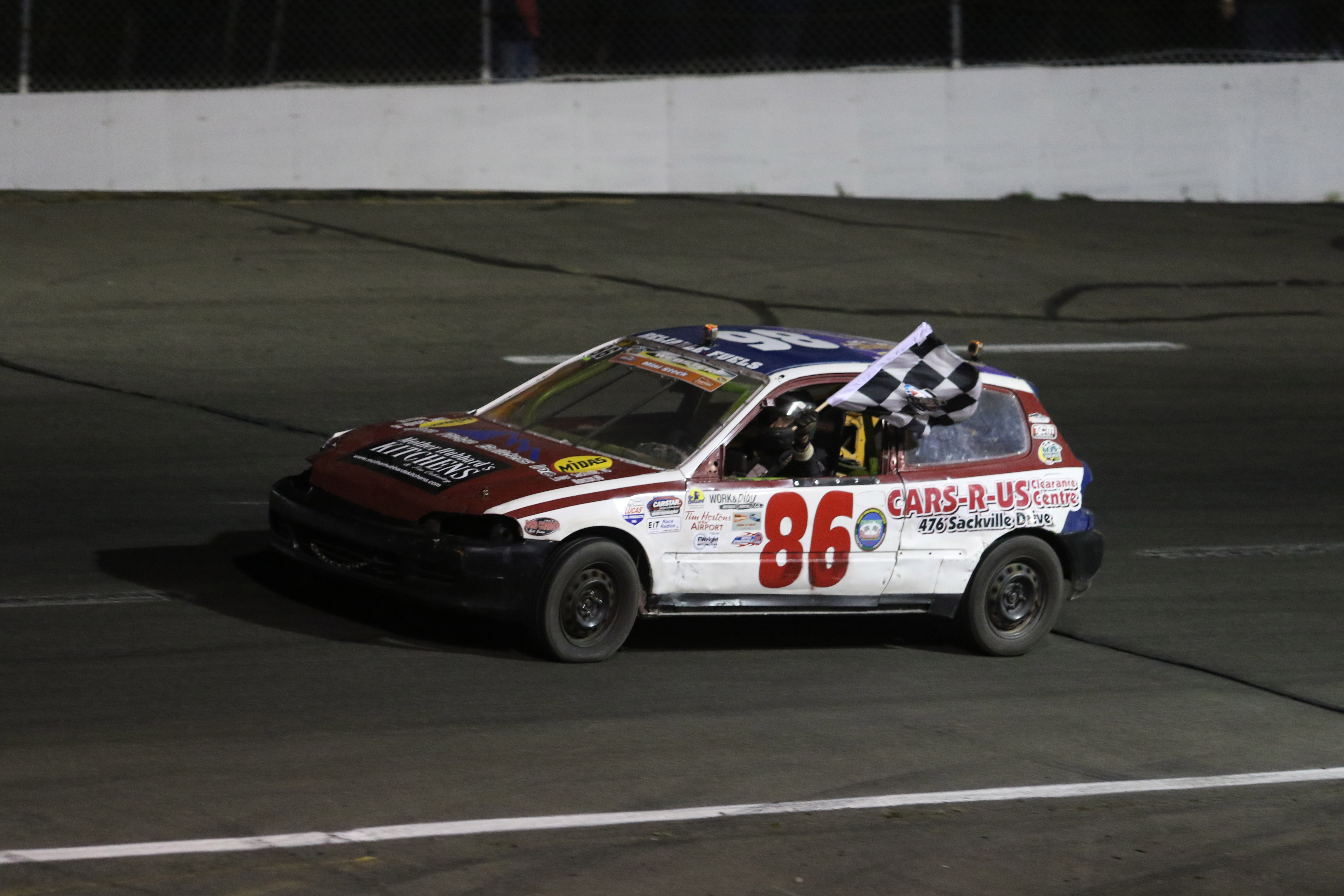 (DARTMOUTH, NS – May 15th 2018) – The MJS Holdings Limited (MJS) and Prime Lift Limited East Coast Mini Stock Tour (ECMST) will embark on their second season with their season opening event at Petty International Raceway. The 50-lap feature on Saturday, May 19th will kick off the eight race Series for Four Cylinder Honda racecars that will take them to six different stock car ovals in the Maritimes. Racing action on Saturday evening begins at 6pm.

Tim Webster (Beaver Bank, NS) sent a strong statement in 2017 en route to the inaugural MJS and Prime Lift East Coast Mini Stock Tour championship. Webster had previously won track championships at Exhibition Park (NS), Scotia Speedworld and Petty International Raceway prior to taking home his first Mini Stock touring title. He enters the first race of 2018 for the Tour as the reigning champion of not only the Series but also of the host venue, Petty International Raceway.

Webster knows that defending the race win will be just as difficult as the championship.

“They do not call this place a bullring for nothing,” said Webster of the quarter mile, high banked oval. “The exit of Turn Four can sneak up on you pretty quick and will reach out and bite you. We have some new faces that will look to prove themselves out of the gate and familiar faces that will be coming for the checkered flag and the championship trophy. It will be interesting for everyone on track and it should make for a great show for those in the stands. I am excited for Saturday.”

Webster will see a majority of the top ten cars from 2017 return to run for the championship and the Revolution RMR6 lift that will go to the top driver overall in 2018. A number of those teams though will see changes to their roster for the new season.

Andrew Warren and Matthew Warren (White’s Lake, NS) split a race car in 2017 but the two will compete against each other in separate race cars beginning with the Season Opener at Petty International Raceway. The pair finished third in the overall standings to Dave Matthews (Kennetcook, NS).  Matthews, along with 2017 TJ Greenlawn Dirt Clash winner Jesse Deveau (Greenwood, NS), will join Webster as feature winners from last season that will return to the Series.

Neil Miousse (Kentville, NS) hopped into the seat for Bob Landry (Havre Boucher, NS) last September and will return to the No. 55 for the 2018 season. “The Ironman” Drew MacEachern (Dartmouth, NS), Mark Williams (Elmsdale, NS), Cody Byrne (Orwell Cove, PE) and Jerome Tracey (Port Hawkesbury, NS) will also look to get their season off to a good start on Saturday. Chris Hatcher (Beaver Bank, NS) will compete part time in 2018 after a seventh place finish in the standings one year ago.

Prince Edward Island will be well represented at Petty International Raceway in the MJS and Prime Lift East Coast Mini Stock Tour Season Opener. In addition to Byrne, Matt Watson (Miscouche) and Jamie Cummings (Charlottetown) will make the trek across the Confederation Bridge to compete on Saturday evening.

The Season Opener at Petty International Raceway will also see a “blast from the past” as Jason Pickles (Meaghers Grant, NS) makes a return to a Mini Stock for the first time in 13 years. Pickles is a familiar name to Mini Stock fans in Nova Scotia but have to pull on previous experience to get up to speed quick to compete with the Tour regulars. Taylor MacLean (New Glasgow, NS) is also expected to make the haul to Petty International Raceway after competing in a single round with the Series in 2017.

Grandstand admission prices for Saturday’s Season Opener are $30 for adults and $10 for youth aged eight to 18, while children seven years of age and under will be admitted free. Pit admission is $35 and is restricted to those 16 years of age and older. Tickets are available at the gate on race day. Grandstand gates open for spectators at 4pm with racing getting underway at 6pm. The event also includes the Parts for Trucks Pro Stock Tour’s Lucas Oil 150, the Atlantic Modified Tour and Petty International Raceway’s A.E. McKay Builders Late Model Sportsman. A complete race day format will be available via EastCoastMiniStockTour.com later in the week.

About Prime Lift Limited:
Prime Lift operates as a division of Prime Material Handling Equipment and the exclusive distributor for Rotary automotive lift sales, installation, inspection, parts and service in Atlantic Canada. From the day you decide to go Rotary, from selecting the right automotive lift, installation method, thorough safety inspections and servicing – Prime Lift is dedicated to continuously deliver more value and keep our customers safe! Visit them online at www.Prime-Lift.com