Butcher Looks to be “In the Hunt” At Hickory 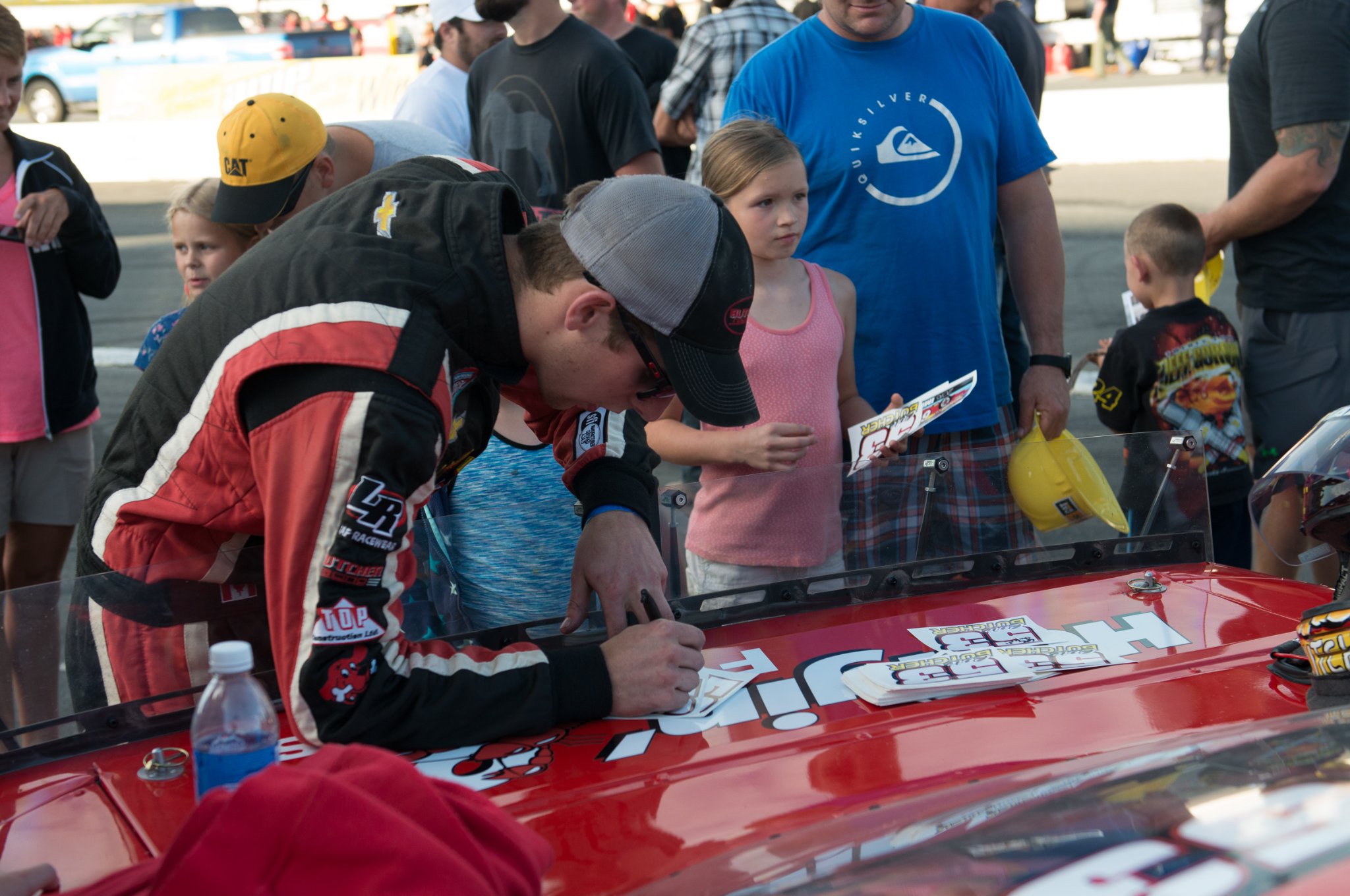 CONCORD, N.C. (April 13, 2017) — Entering the third season for the Kulwicki Driver Development Program, the organization has looked far to the North to find talent. Cole Butcher of Porters Lake, Nova Scotia, caught the eye of the KDDP staff at the 2016 Snowflake 100 last December at Five Flags Speedway in Pensacola, Florida. Butcher turned heads with a strong top-10 run, putting his car near the top of the speed charts for most of the practices and making even the most seasoned short track racing followers scratch their heads and say, Cole who?

The hard-charging 20-year-old has been tearing up the short tracks of the Maritime Provinces in Eastern Canada for the past few years, picking up numerous victories and the 2016 Maritime Pro Stock Series Championship. While he will defend his championship in 2017, Butcher is looking south to make a name for himself and test his abilities against the best in short track racing. This weekend, Butcher will team with 2016 Southern Super Series Champion Donnie Wilson to run the Easter Bunny 150 at the legendary Hickory Motor Speedway in North Carolina. Butchers camp made a connection with Wilson and hit it off, leading to the Snowflake ride in Florida and this weekends race at Hickory.

We have a super late (model) that we will run with the PASS North a few times, but it makes more sense for us to work with Donnie and his team at Hickory, said Butcher of this weekends Pro All Stars Series (PASS) battle on the 0.363-mile bullring located in Newton, North Carolina. Donnie has a tremendous program right now and has been great to work with so far. The competition will be really stout at Hickory and we are really looking forward to the challenge.

Even though the Easter Bunny 150 will be Butchers first race at Hickory, he has high expectations for the weekend. Obviously, we want to bring the car home in one piece for Donnie, but we think we will have a shot to run up front there, said the 2016 winner of the Atlantic Cat 250 at Scotia Speedworld. While this weekends visit will be the first time weve ever seen the track, we think Speedway 660 in New Brunswick has a similar shape and banking. It might take a bit of an adjustment, though, so all the available practice sessions will be critical.

Butcher is excited to show the rest of North America what kind of talent runs with the Maritime Pro Stock Tour. The rules package is one that keeps costs low – steel bodies, crate motors, harder tires, and strict shock rules – but the competition is tough. The tour sanctions the prestigious IWK 250 at Riverside International Speedway each July. This year, NASCAR Hall of Famer Mark Martin will return to the track to take on the best in the Maritime Pro Stock Tour.

The Maritime Pro Stock Tour is a great group to run with, said Butcher. They do their best to keep the costs low for the teams and they treat everyone fairly. Competition is tight every night. Guys like Cassius Clark, Dylan Blenkhorn and Jonathan Hicken are just a few of the guys to beat. Were hoping to win a few more races this year, but it will be tough.

Butcher is looking forward to representing the Kulwicki Driver Development Program this season and looks to have a legitimate shot at winning the prestigious annual Kulwicki Cup.

Honestly, I did not know much about Alan Kulwicki before applying for the program, said Butcher. But after reading about him and learning about all he accomplished in NASCAR, I wish I would have known sooner. Its such an honor to represent him this season and we are so proud to be carrying the KDDP logo on our car and wearing it on our uniform. The opportunity to carry the Kulwicki colors and have a shot at winning the $54,000 grand prize certainly has us motivated to do our very best on and off the track this season.

Butcher will complete his Business Administration degree this summer at the Maritime Business Academy and will continue to work at his familys trucking company, Atlantic Tilt-Load. He looks forward to running more races in the United States this year, with hopes of competing full-time down South in 2018. Running well at this weeks Easter Bunny 150 will only speed up that timetable for the quick young Canadian.

Butcher will be part of one of the toughest fields in recent memory at Hickory, which includes past race winner Tyler Church, 2016 Snowball Derby champion Christian Eckes and 2016 Kulwicki Driver Development Program finalists Dave Farrington, Jr. and Brandon Setzer.

Action gets under way at Hickory on Friday with rotating practice sessions (USAC & Legends also competing this weekend) from 2:00 p.m. till 5:10 p.m. Saturdays race day schedule begins at 1:00 p.m. with rotating practice, followed by time trials at 4:30 p.m. A special autograph session with all the drivers will be held on the frontstretch from 5:45 p.m. till 6:45 p.m. Green flag racing begins at 7:00 p.m. EDT.

Speed51.com, the official media partner of the KDDP, will be offering a live pay-per-view video stream of the event for fans unable to attend the event in person. A live video ticket can be purchased for $19.99.